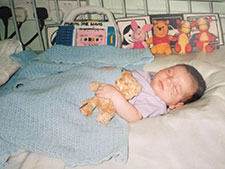 Jessica was born in April 2000, she fitted on an off for the first day of life.  I had a caesarean which was lucky as we were then kept in hospital.  Her first ever blood sugar (BG) test was at 20 hours old and was 0.3 mmol, I had no idea what this actually meant or any of the journey that was to follow.  If we had been sent home before then, we would not have Jessica with us today.  She was put on a dextrose drip and eventually we were transferred to Great Ormond Street (GOSH) when Jessica was 5 days old.

We stayed at GOSH until Jessica was three months old under the care of Professor Aynsley-Green. Professor Khalid Hussain was Dr Hussain back then and was the doctor who tested her blood sugar levels during all seven of her operations.  Jessica was fitted with a double central line (Hickman line) for the glucose and drawing of blood. We tried the medication available to us back then; Diazoxide and Octreotide, but neither worked.  Jessica had a Portal Venus Sampling (PVS) performed which is now an old way of determining focal or diffuse.   Our result was wrong, they thought she was multifocal which was proved wrong after the first pancreatectomy. 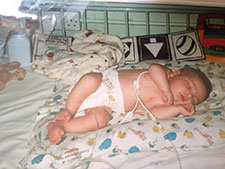 Two days before the scheduled surgery, a blood clot was found dangling precariously from the end of the hickman line internally. I could see it on the echo scan passing in and out of a heart chamber and the doctors decided she could not have her pancreatectomy until the blood clot was dealt with. Professor Aynsley-Green talked to me about open heart surgery to remove the line or just 'pulling it' out. The risks were enormous as it could have blocked her heart. Jessica had an operation to pull the hickman line out and we all hoped the blood clot would come out with it.   It wasn’t guaranteed but it worked.

The pancreatectomy was rescheduled and she was operated on the week after with 60% being removed. This did not work and she was back on a glucose drip again. Once more, all the medications were tried but none worked. At this point we were informed that the PVS had not shown the right result and Jessica was diffuse, apparently it was one of the worse diffuse cases the doctors had seen at that time. Therefore a second operation was performed three days after the first and approximately a further 35% of the pancreas was removed. I felt awful just seeing my little baby lying there with morphine drips attached and whimpering in pain. The morphine was up to its highest but was not hitting the right spots.

The sub total pancreatectomy worked, so no more glucose, instead however now her blood sugar levels were getting higher and higher. Although I knew nothing about diabetes, I did know there was the chance she could be diabetic. Tests showed she was and insulin injections started. The dose was minute, 0.0025 of a unit.

During the next ten days, Jessica's nappies started taking on a strange colour and a scan showed her bile duct was blocked due to the two pancreatectomies. She had to have a further operation, through the same wound, for a bile duct bypass which brings its own issues.

Firstly, we were transferred to our local hospital for training of life long insulin injections.  Over the next two years I had to take Jessica to our local hospital many times as she was running high temperatures. This is just one of the many things I have to think about, as she could have an internal infection due to the bile duct bypass.

Type 1 diabetes in young babies and toddlers is difficult to manage because, until the child reaches school age, they are changing dramatically all the time which means insulin and dosage have to be changed and it’s hard to get it quite right.  Looking back now I am painfully aware of how little I really knew about looking after a child, whatever age, with type 1 diabetes which is what Jessica was classed as having but ‘with bells on’. 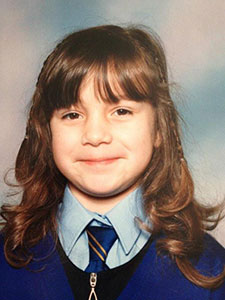 Jessica was the most delightful, happy toddler you could wish for. She thought nothing of two or three insulin injections a day and blood sugar level testing every few hours daily. She even used to hold out her fingers for me and point on her leg to where I should give the insulin injection.

We started a life of hospital appointments for check-ups and tweaks to regime and tests.  She tried most of the different insulins on the market. In 2003, the Novomix stopped working effectively enough. A few months later we went to stay at GOSH for three days. They attached a Continuous Glucose Monitoring System to Jessica and she had to have a pager size monitor tucked in her trousers for up to five days, which measured her blood sugars every five minutes for 24 hours a day. The results showed that Jessica was going hypo overnight without me realising. This particular night she had dropped from a high reading (17.4) to a very low reading (3.2) by the early hours.

Jessica has since been diagnosed with gastroparesis which has an effect on bloody sugar levels and also hypermobility which is a pain for her. She spent two years on crutches until she was diagnosed and found a way to manage it.

A change in therapy

We changed to a relatively new insulin, Lantus Glargene, when Jessica was around 3 or 4 years old which meant a whole new way of thinking with regards to insulin injections and Jessica's general diet. I received lots of advice from other parents on the internet, (www.childrenwithdiabetesuk.org) whose children were on Lantus. I learnt very quickly to adjust the dose to the amount of carbohydrates eaten per meal and Jessica then could eat a normal diet.  This meant a minimum of 4 injections a day but life was made easier for us both with this new regime. 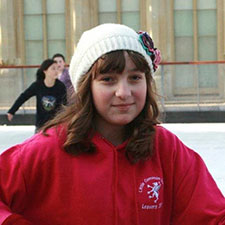 Jessica started school in 2005. We had numerous meetings with the school and the local PCT (Primary Care Trust) to help Jessica settle into a routine. In her early years at school, two carers were trained to watch her constantly and there was a care plan in place, with a community nurse to give Jessica her lunchtime insulin injection. The carers were trained to test Jessica's fingers and deal with hypos.  Jessica received a Statement of Special Educational Needs by the time she was in year 5.  It is presumed that if a child has CHI or Type 1 Diabetes they do not have educational needs, this could not be further from the truth.  If the blood sugar level is not within a normal range which is hard to achieve at the best of times, then the brain is not functioning the same as their peers and is a dangerous situation to be in.   Extra help is needed to follow plans and rules put in place to keep a child with either of these medical conditions safe and within the blood sugar level safe ranges.

The difference made by the insulin pump and CGMS

In 2006, we decided that using the MDI (multiple daily injections) was no longer good enough to control Jessica's blood sugar levels so we looked into insulin pumps. We were referred to the University College London Hospital (UCLH) and they gave us something called a ‘real time’ pump, which has a continuous glucose monitoring system built into it and uses sensors as well as cannulas.   The cannula delivers the insulin and the sensor takes the blood sugar reading every 5 minutes and transmits the reading to the insulin pump screen.   It’s been a real breakthrough with blood sugar level control. Jessica has to wear the pump constantly and she has one sub cutaneous cannula inserted every three days which she now does herself. It’s not perfect and never will be, but with slight tweaking every so often and proper carbohydrate counting the pump is fantastic.   Jessica has now been using an insulin pump with continuous glucose monitoring system for over 8 years. She is on the latest one out on the market.  It is not quite a magic box but we love it. 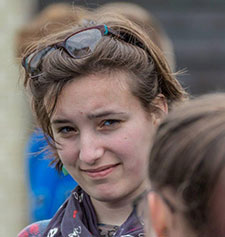 Jessica is 15 years old.  Teenage years are somewhat harder than the baby/toddler years as the ever changing hormones appear making blood sugar levels very tricky to deal with.  She does have lots more independence which we have had to work together on as it is never a case of just going out, it has to be planned.

Sleepovers are planned, everything is.   She is in year 10 at school and studying for her GCSE’s.   Having CHI/diabetes has not held Jessica back at all. She is off to Milan on a school trip soon and will have to do all management herself although school are fantastic and are trained in emergencies.

Jessica helps others around the country who have type 1 diabetes.  She has given presentations at conferences to doctors and researchers.   At the moment Jessica thinks she would like to be a doctor, perhaps an endocrinologist and help others with Congenital Hyperinsulinism.   CHI/diabetes does not stop Jessica doing anything at all, everything just takes a bit more planning than for her peers.   She just takes it all in her stride.

Letting go and watching her fly has been a mixture of emotions.   It’s scary for me as I know how hard managing her condition is, it is an ‘hourly condition’ but I am so proud every day of the person Jessica has become and all that she has achieved so far and continues to do.

The CHC is set up by parents for parents

For any medical advice, you should always contact your specialist medical team.